See all 9 of Morocco’s UNESCO World Heritage Sites in a 8 night tour. Very few countries are so packed full of UNESCO sites, and we are pleased to be able to show you them all in one tour. Cities, Roman sites, beach fronts and castles are just a sampling of what Morocco has listed in UNESCO. We have added a night in the Sahara desert not only because it fits in the itinerary as a perfectly timed stop on a long journey of the UNESCO sites, but moreover because no trip to Morocco is complete without seeing the dunes at sunset and sunrise, and sleeping beneath the stars.

Day 1: Marrakech Or Other City To Essaouira City.

We will pick you up from your Hotel or the airport in Marrakech or anywhere you are staying or arriving, We start driving to essaouira in the morning.

The Medina of Essaouira was officially listed in UNESCO in 2001.

Formerly named Mogador (from the Phoenician word Migdol meaning a small fortres), this is an outstanding example of a fortified town of the mid 1700s. Surrounded by a wall it has played a major role over the centuries as an international trading seaport, linking Morocco and sub-Saharan Africa with Europe and the rest of the world. The town is a multicultural center as proven by the coexistence, since its foundation, of diverse ethnic groups, such as the Amazighs, Arabs, Africans, and Europeans.

The wall may be a familiar site since it was made more famous in the movie Othello with Orson Wells. He strolls these walls throughout the movie, and there is a statue of him near the ramparts. Later in the tour in Mazagan/El Jadida we will see a cistern this movie also filmed in.

The souks in the Medina are a nice place to shop, without the hustle and bother like the shops in the bigger cities. The marina and boats on the harbor are adjacent to the medina. You can buy fresh seafood and have a local restaurant grill it for you. The sunsets on the Atlantic are amazing from the rocks in front of the medina.

Your riad for the evening is right in the medina, but somehow an oasis of quiet.

Video from UNESCO of Essaouira https://whc.unesco.org/en/list/753/video

In the morning after breakfast we will drive to El Jadida (Berber: Mazagan)) is a port city on the Atlantic coast and registered as a UNESCO site in 2004, on the basis of its status as an “outstanding example of the interchange of influences between European and Moroccan cultures” and as an “early example of the retaliation of the Renaissance ideals integrated with Portuguese construction technology”. We will visit the most important buildings from the Portuguese period- the cistern, and the Manueline Church of the Assumption.

Portuguese cistern was built in 1514, this former warehouse (possibly an armory) was converted into a cistern in the 16th century. The underground chamber was constructed with five rows of five stone pillars and thin layer of water that covers the floor that creates reflections of shapes of the columns and the roof. Its visual qualities are such that several movies have been filmed within the cavernous space,including Othello (which also filmed in Essouaria).

The design of the Fortress is a response to the development of modern artillery in the Renaissance. The fortification has four bastions but a fifth, the Governor’s Bastion at the main entrance, is in ruins, having been destroyed by the Portuguese in 1769. Numerous colonial-era Portuguese cannons are still positioned on top of the bastions.

The fort has 3 gates, forming a small port with the rampart, and a double arch in the center of the south rampart, originally connected to land via a drawbridge. Along this street are situated the best preserved historic buildings, including the Catholic Church of the Assumption and the cistern.

In the morning after breakfast we will drive to Rabat is the capital of Morocco and in its entirety is a World Heritage Site since 2012. Parts of the city date back to the 12th century, including Hassan Mosque (begun in 1184) and the Almohad ramparts and gates. The medina is a lively area mostly filled with locals, not very touristy, so you can get a real feel for life here. However there are many shops with spices, clothing, foods and jewelry- and you will not be bothered while browsing.

The medina is relatively small so we will also see the chellah (also protected under UNESCO), a medieval fortified Muslim necropolissurrounded by an estuary. Built in 1100 the complex includes a mosque, minaret, and royal tombs. It is reminiscent of Volubolis and other ruins, some parts wonderfully intact, others left for stork nests, also beautiful in its own way.

Our home for the night is in Rabat City.

Day 4: Rabat City To The Medina of Tetouan (Titawin) Then The Blue City, Chefchouen.

After the breakfast we will drive to Tétouan’s medina (a few miles south of the Strait of Gibraltar) became a World Heritage site in 1997. Uniquely characterized by its Spanish influence, this medina is small but very different from others in Morocco.

Tétouan was of particular importance in the Islamic period, starting in the 8th century , since it served as the main point of contact between Morocco and Andalusia. This is easily seen in its art and architecture, which reveal clear Andalusian influence. Although one of the smallest of the Moroccan medinas, Tétouan is unquestionably the most complete and it has been largely unchanged. It is surrounded by a historic wall of approximately 5 km in length and accessed by seven gates. The main street gives access to squares and public buildings such as funduqs, mosques, zawayas and to the artisan and commercial districts. The town of Tétouan is famous for its school of arts and crafts (Dar Sanaa) and its National Institute of Fine Arts which testify to an ancestral traditions. We will spend the night in nearby Chefchouan.

Day 5:  The Blue City To Meknes and Volubolis.

After breakfast we will drive from Chefchoune to Meknas and Volubolis. Both are listed with UNESCO for being “an exceptionally well preserved example of a large Roman colonial town on the fringes of the Empire”. It is a partly excavated Berber and Roman city commonly considered to be the ancient capital of the kingdom of Mauretania. It developed from the 3rd century BC as a Berber settlement. It grew rapidly under Roman rule from the 1st century AD onward and expanded with a circuit of walls. The city gained a number of major public buildings in the 2nd century, including a basilica, temple and triumphal arch. Its prosperity, which was derived principally from olive growing, prompted the construction of many fine town-houses with large mosaic floors, still on display. Typical from this era are also- roman baths, vomitorium, main street and marketplaces.

Much bigger than many visitors expect, with a modern museum indoors as well, we will spend a few hours here before spending the night in Meknes, after a tour of its medina.

Meknes is one of the four Imperial cities of Morocco, founded in the 11th century by the Almoravids as a military settlement. In 1996 it was added to UNESCO for its Spanish-Moorish style, surrounded by high walls with great doors, where the harmonious blending of the Islamic and European styles of the 17th century Maghreb are still evident. The Medina and the Kasbah are fortified by impressive ramparts. They contain all the elements that bear witness to the ‘Outstanding Universal Value’ (fortifications, urban fabric, earthen architecture, civil, military and cult buildings and gardens), We will spend thr night in Meknas city.

After breakfast we will drive to Fes el Bali (medina of Fes) is the oldest walled part of Fes. Fes el Bali was founded as the capital of the Idrsid Dynasty between 789 and 808 AD. According to UNESCO and Guiness World Records Fes’ University of Al-Karaouine, is the oldest college in the world, founded in 859! Fes el Bali, is also the biggest car-free urban area in the world.

The world heritage site includes Fes’ principal monuments in the medina – madrasas, fondouks, palaces, residences, mosques and fountains most dating from 13-14 centuries. The Medina of Fez is considered as one of the most extensive and best conserved historic towns of the Arab-Muslim world. The labyrinth of alleyways are memorizing, but getting lost is half of the fun. You will have free time to explore on your own, especially with no cars or mopeds to deal with!

After breakfast we leave Fez we drive to arrive in the cedar forests of Azrou where the wild monkeys live. It will be good opportunity to take photos of wilderness in Morocco.We lunch in a small Berber village of Zaida. We continue through the Atlas Mountains enjoying the landscapes of Midelt to arrive to the small town of Rich, Erfoud in which we’ll feel the beginning of the Saharan oasis. And then continue to Merzouga, the gateway to the Desert where you’ll ride the camels to spend the night in desert in a berber nomad tent. It is “glamping” with a real mattress bed, hot showers, carpeted floors and electricity throughout. We have live berber music around the fire and a million stars.

After seeing the sunrise in desert and a breakfast tajine on the dunes we will go back on camels to Merzouga.  We will visit the Berber villages containing, Todra Torges, then we drive to , Valley Boumalne Dades, roses valley ..we will arrive to skoura to see the 1000 kasbah, After we will visit Ouarzazate, the can visit the kasbah of Taourirt then another photo stop near the Atlas film studios then our route goes on to Kasbah Ait Ben Haddou. We will spend the night in the in Ait ben hadou.

Today after breakfast in the hotel we visit the last Unesco site : Kasbah Ait Ben Haddou, a World Heritage site and the backdrop for many Hollywood blockbusters. It is the most famous Kasbah in Morocco. then continues to Telouet, along the new asphalted road. Telouet is set right in the midst of the mountains and was once the seat of the last Pasha of Marrakesh, El Glaoui, from where the highest pass in Africa, Tizi-n-Tichka was controlled. At the end of the afternoon we arrive in Marrakech where we will finish the tour.

Please contact us for more information or a quotation. We will answer your request within 24 Hours. 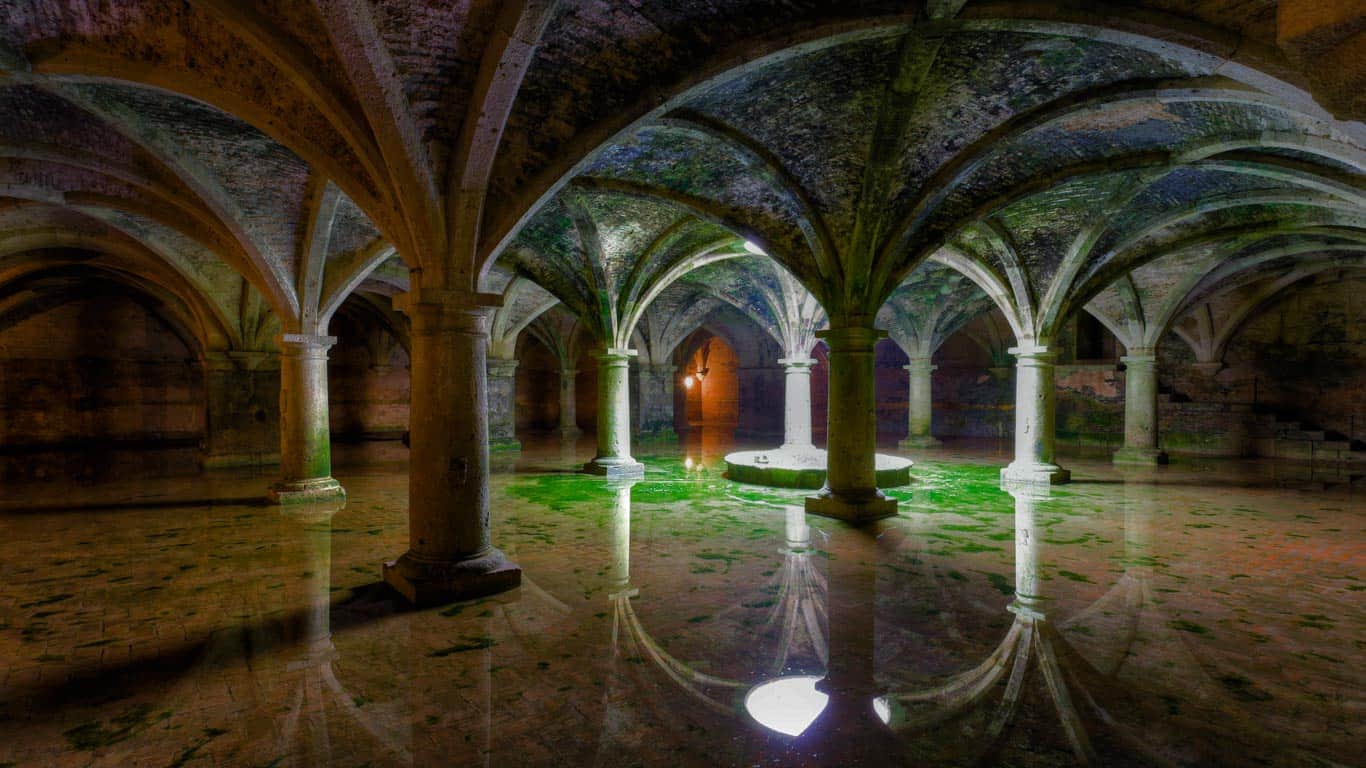 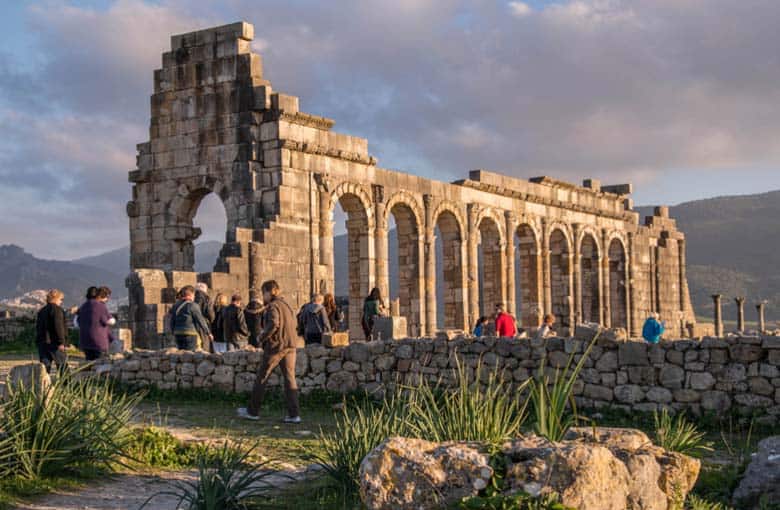 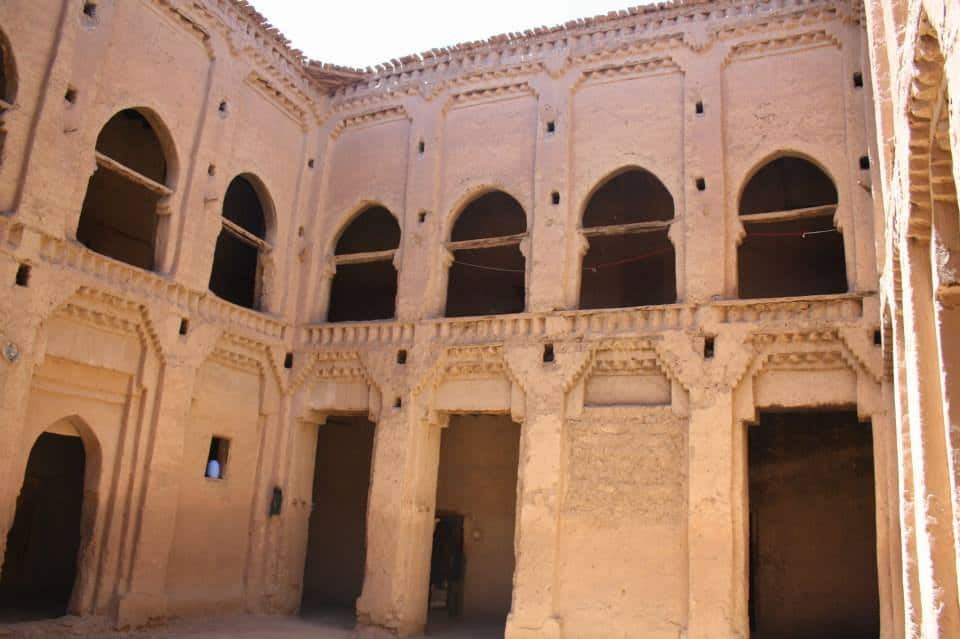